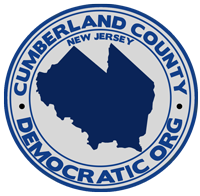 First elected to the Commissioner Board in November of 2013, Darlene Barber was named Deputy Director in 2016 and is beginning her third term on the Board. Barber serves as Chairperson of the Cumberland County Insurance Commission and member of the County’s Finance Committee.

Barber came to the Commissioner Board after serving as CCTEC’s Superintendent. Her over 30 year education career – in several county districts – included all aspects of education from adult education teacher, school business administrator and assistant superintendent. As business administrator and superintendent, Barber was active in state organizations and worked closely with legislators to promote public education in New Jersey. At CCTEC, Barber developed a passion and commitment to technical education. Barber was an early enthusiastic supporter, and continues to be, of Cumberland County’s full time technical high school. Barber played a key role in the alliance with Rowan College of South Jersey. She is especially proud of the high school early college and the new eds to meds opportunities for Cumberland County’s children.

Barber holds a Master’s Degree in Educational Administration and a B.S. in Human Resource Management from Rowan University. She is also a proud graduate of Cumberland County College and was inducted into the College’s Distinguished Alumni Gallery in 1997. Her commitment to her community has included service to many professional, business, charitable and civic organizations. She has served on many permanent and ad hoc committees including the South Jersey Healthcare Advisory Committee, New Jersey Education Council, Cumberland County College Business and Industry and Strategic Planning Committees. Barber has sponsored the creation of the STRIVE Scholarship, awarded annually to one female and one male special needs student attending CCTEC.

She resides in Upper Deerfield Township with her husband George. Together they have two children and five grandchildren.

Dr. Priscilla Ocasio-Jiménez began her educational career as a Teacher of Spanish in the Vineland School District. She earned her undergraduate degree from Stockton University.

She joined Pittsgrove Township School District in 2001 in the middle school all while pursuing two Master’s Degrees from Wilmington University. In 2005, Priscilla became the Assistant Principal of the Pittsgrove Township Middle School. The following year she was promoted to Principal of the Middle School where she served 12 years. During that time, she obtained her Doctor of Education Degree in Organizational Leadership from Wilmington University. She currently serves as the Principal of Norma Elementary School in Pittsgrove, New Jersey. In addition, she is Pittsgrove Administrators and Supervisors Association (PASA) President (2021 – Current) – Focused on union member relations, presiding over meetings, negotiations, and more.  She was previously, PASA President for two consecutive three-year terms until June 2015.

She finds time to remain active in many committees, including the committee for the Breast Cancer 5K health awareness annual event for P.R.A.C. of South Jersey and the Pittsgrove Township Arts and Education Foundation, an organization that supports scholarship and curricular opportunities for graduating seniors. Priscilla has volunteered as a judge for B’nai B’rith International where high school students submit writings for the Diverse Minds Youth Writing Challenge for Southern New Jersey.

Dr. Ocasio-Jiménez received the Hispanic Heritage Lifetime Achievement Award from P.R.A.C. of Southern New Jersey and the “Men and Women that Transcend Global Leadership Award” from the Hand Foundation of Cumberland County. She was a Board of Trustee of Cumberland County College until the merger of what has become Rowan College of South Jersey. All of these achievements and experiences will allow her to support and contribute to the educational vision of the Commissioners of Cumberland County.

Priscilla is a longtime resident of Vineland. She earned her degrees and her Teaching Certificate all while raising her three children, daughter, Linda, son, Julio and his twin brother Jesus Jr, who is diagnosed with Autism. Her students, teachers, and civic partners admire Priscilla. She is skilled at working in collaboration with business, education and civic partners. She is a stand up person and a stand out leader. 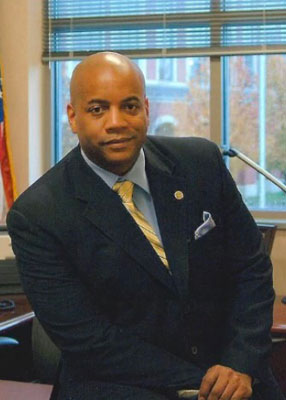 Tim Alexander is a New Jersey native, born in Newark and made Southern New Jersey his home in 1980. It is here in South Jersey that Tim married Anna, his wife of 34 years, and together they raised their three children.
​
Tim enjoyed a long and distinguished career in law enforcement for the Atlantic County Prosecutor’s Office in Mays Landing, New Jersey, as a Detective Captain in charge of the Criminal Investigation Section. As a public servant, Tim participated in programs that encouraged collaborative relationships between law enforcement, individuals and the organizations they serve. Tim was motivated to a lifelong career to bring change to the way law enforcement agencies interacted with the communities after being racially profiled by the police wherein he was shot at, assaulted, and falsely arrested because of misidentification.
​
During Tim’s career, he focused on programs which worked to develop alternative solutions to problems within communities and increase trust in law enforcement. At the core of every community, Tim learned people want to feel safe, have the opportunity to provide for themselves and their families, practice their faith and be accepted by others in the community.
​
Tim earned a B.S., summa cum laude, in Business Management from Drexel University in 2006, and an M.B.A. from Drexel University LeBow College of Business in 2008. When envisioning the future, Tim wanted to continue his work of helping others when his law enforcement career was over. It became clear that he would best be suited to become an attorney where he could bring his experiences as a law enforcement officer, combined with his knowledge of policing to a formal legal career. Tim went on to earn his J.D. from Rutgers University School of Law in Camden, New Jersey, in 2012.
​
After retiring from the Prosecutor’s Office, Tim immediately began working for the Philadelphia District Attorney, ultimately as a Major Trials Prosecutor. During his tenure with the Philly DA’s office, Tim was a member of the Philadelphia Youth Aid Panel. The Youth Aid Panel is a Juvenile Diversion Program to give first time juvenile criminal offenders the option of appearing before a panel of community volunteers, rather than entering the juvenile court system. Additionally, during his career with the District Attorney’s Office, Tim joined his colleagues in interacting with the communities they served, making the office accessible to citizens of Philadelphia.
​
Later, Tim joined the Civil Rights Unit for the Philadelphia Solicitor’s Office. Eventually, Tim left public service and went into private practice handling civil litigation and currently is “Of Counsel” for Helmer, Conley & Kasselman, P.A. Tim continues to provide legal service in many aspects of law but concentrates his practice on Civil Rights and Employment Discrimination.